A European Biofouling Map has been unveiled as an output of the OCEANIC Project, participated by IK4-AZTERLAN

The map consists of a database of the main typologies of harmful incrustations of fauna and flora for offshore applications and their characteristics. It has already been presented at the ICOE 2018 Conference (Cherburg, France) and at the WavEC Yearly Seminar (Lisbon, Portugal).

Marine animal and plant incrustations on materials, equipment and structures that operate in the ocean or in the marine environment (such as offshore energy generators, buoys, ships, oil&gas platforms, among others) can cause serious damage on these materials and decrease their service life. This phenomenon, known as biofouling, is caused by more than 4000 organisms with different levels of impact.

To facilitate a proper decision making among designers, manufacturers and/or operators, the team of researchers involved in the OCEANIC European Project has developed a European biofouling map making an overview of the geographical distribution of biofouling.

This tool is based on some of the most problematic biofouling groups, such as macroalgae, bryozoans, mussels (and other relevant bivalves) and calcareous tubeworms, that coexist in the different European Eco-regions. It provides information on the organisms’ occurrence (e.g., coordinates, distance from land, depth), and key biofouling parameters (e.g., biofouling thickness and weight) to the Marine Renewable Energy sector.

The access to this database can be obtained at the following link: http://oceanic-project.eu/biofouling-database/

Presentation of the European Biofouling Map

Up to date, two presentations of the European Biofouling Map have been performed. A first presentation was held at the ICOE Conference 2018 in Cherbourg (France) on November 2018. On December 2018, a second presentation took place during WavEC’s Yearly Seminar in Lisbon (Portugal) where a general presentation of the Oceanic project was also made. 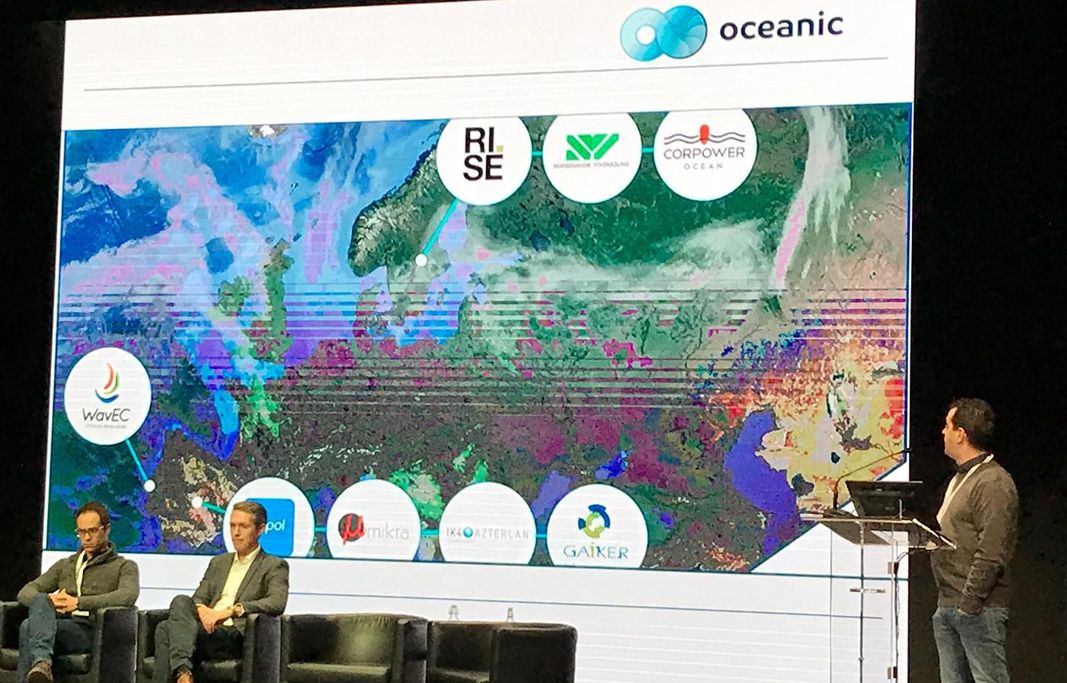